The National Science & Technology Entrepreneurship Development Board (NSTEDB), Department of Science and Technology (DST), Govt. of India has played a critical role towards spurring the adoption of science and technology in entrepreneurship.

With the following objectives, EDII has been implementing and monitoring various programmes under the project, across the country:

In the year 2008-09, NSTEDB, DST appointed EDII as its national nodal agency. Under DST-NIMAT Project, following programmes have been implemented by a number of institutions/organisations across the country, under the supervision of EDII:

DST-NIMAT Project – Growth over the Years

The DST-NIMAT project has, over the years, shown overwhelming results, endorsing that technology based entrepreneurship is critical for growth. EDII co-opted resources and capabilities to ensure countrywide results. So far, 8303 programmes have been conducted across 28 states involving 641 institutions. 470535 beneficiaries have been sensitized under various training programmes till date. As of 2018, 4028 units have been created and 16112 employment opportunities have been generated with Rs.72, 504 lakh investment mobilized under the DST-NIMAT project.

Board (NSTEDB), Department of Science & Technology (DST), Government of India aimed at inculcating the spirit of innovation and entrepreneurship among young Science & Technology (S&T) students. The focus was on channelizing the knowledge and energy of youth towards setting up innovative, forward-looking startups through training, guidance and mentorship.

NewGen IEDCs have been established in academic institutions of higher learning so that students can be encouraged to take up innovative projects that have the potential of commercialization.

As the National Nodal Agency of NSTEDB, Department of Science & Technology, EDII has mentored and supported 26 NewGen IEDCs located in 13 States across India. 555 projects of students have been supported by EDII.

With the scarcity of job openings for wage employment, there is a need to encourage youth for self-employment.  There are many youth willing to take up self-employment activities under proper professional guidance & support. EDII has implemented STED project in Nalbari, Assam, laying special emphasis on:

In all, 475 existing / aspiring entrepreneurs have been trained of which 211 have started their enterprises and have generated employment for 823 local youth.

Under the Government of India’s policy initiative for inclusive development and rapid transformation of 115 backward districts across the country, EDII has been entrusted by the Department of Science & Technology the task of conducting short-term Entrepreneurship Sensitization and Development Programmes (ESDPs) in 40 districts across the country. The five-day programmes aim at imparting knowledge on the benefits of pursuing entrepreneurship, and disseminating information about grants, incentives, and subsidies, provided by the government for enterprise creation. 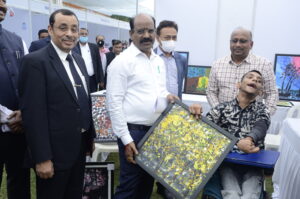 State and Societies have continually sought to institute plans and methods to evolve an inclusive approach to growth so that the struggles of the disadvantaged and the deprived could be reduced, and they could be integrated in the mainstream social structure. Several amiable policies and approaches have been put in place to ensure their wellbeing, including that of the differently abled whose daily struggles for living and livelihood are overwhelming. 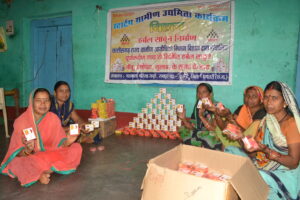 EDII has been roped in as a National Resource Organisation (NRO) for implementing the largest PAN-India rural poverty eradication programme, the Start-up Village Entrepreneurship Programme (SVEP). SVEP is the sub-scheme under Deendayal Antyodaya Yojana – National Rural Livelihoods Mission (DAY-NRLM) with the objective of helping Self Help Groups (SHGs) and their family members to set-up small enterprises in the non-farm sector. 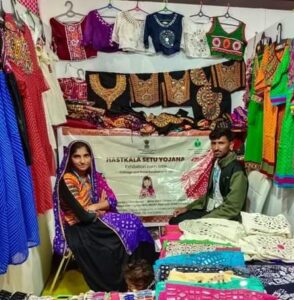 As knowledge partner to the Commissionerate of Cottage Industries, Government of Gujarat, EDII is working on conceptualizing, developing, implementing and evaluating an integrated model to strengthen the cottage & rural entrepreneurship ecosystem in the state. 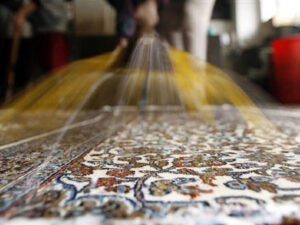 EDII functions as Cluster Management and Technical Agency (CMTA) for Srinagar Mega Carpet Cluster Project under Comprehensive Handicraft Cluster Development Project of Ministry of Textiles, Government of India. The objective of the project is to facilitate development of mega carpet cluster, with necessary infrastructure support and modern production facilities to enable the industry to meet various legal and trade commitments. 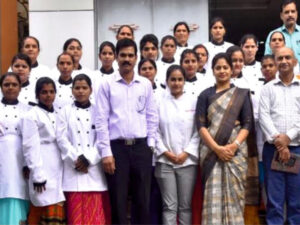 At the behest of Tourism Corporation of Gujarat Ltd. (TCGL), EDII has been conducting ‘Skill and Entrepreneurship Development Training programmes’ for stakeholders associated with the Tourism sector. Especially designed, 15-day programmes focus on enhancing skills of participants 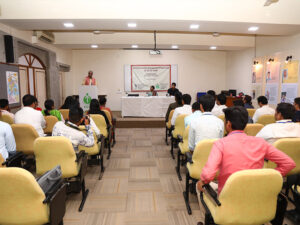 Programmes For The Disadvantaged Sections Of Society 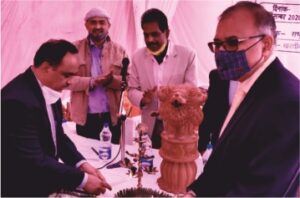 Rural Entrepreneurship and development strategies are being undertaken in a big way to ensure alleviation of poverty and unemployment. 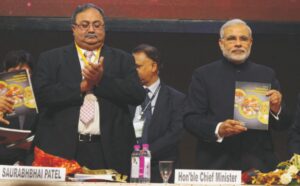 In 2003-04, the Ministry of Food Processing, Govt. of India assigned to EDII the task of promoting and creating new enterprises across the country by conducting Entrepreneurship Development Programmes. 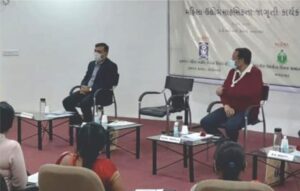 Under the sponsorship of Gujarat Women Economic Development Corporation Ltd. (GWEDC), Govt. of Gujarat, EDII initiated one-year programme in 2020 focussing on developing the entrepreneurial capacity of women and enabling them to build their business resources to ensure sustainable income through enterprise creation. 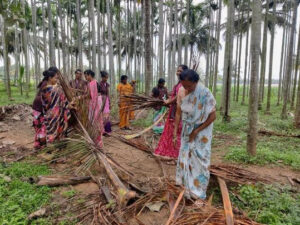 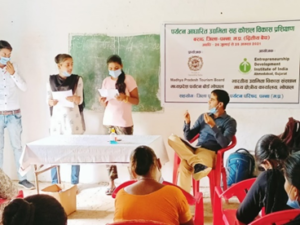 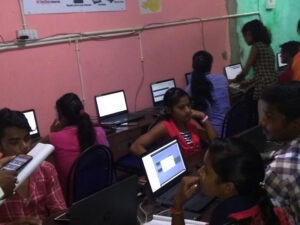 To enhance communication skills, IT literacy skills and soft skills among Bihar’s Youth, EDII in collaboration with Bihar Skill Development Mission (BSDM) initiated Bihar Skill Development Programme under ‘Kushal Yuva Program’. The project aims at enhancing the employability Skills of all aspirants in the age group of 15-28 years, who have passed at least 10th class or 12th class, have dropped out of formal education and are looking for jobs. 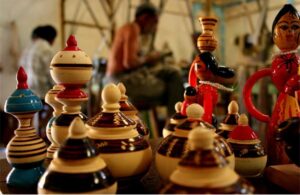 The Ministry of Rural Development (MORD) has launched NRETP with an aim to promote cluster development in the farm and nonfarm sector. The key focus of the project is to transform the economic participation of institutional groups by enabling them to engage in farm and non-farm activities with a strong footing. 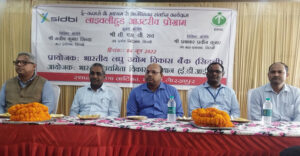