Rajasekhararaju’s story is in itself a book of wisdom. Coming from humble background, he never waited for things to improve and opportunities to be presented before him. He carved his own trajectory and made it big.

Rajashekhararaju’s life has been a struggle. He belongs to a family that earned its living by farming paddy. But this did not yield enough to help them meet two square meals. Barely sustaining, Rajashekhararaju only became stronger with every hardship that came his way. Right from childhood, for want of means, he learnt to make the maximum of resources, a trait which he says helped him later at every step and he, therefore, could generate more than his peers from the available resources.

Born in Prakasam District in Andhra Pradesh, Rajashekhararaju, did his schooling from an ordinary government school and completed his B.Sc. and M.A in Social work from Acharya Nagarjuna University in Guntur. Having seen adversities and destitution from close quarters, Rajashekhararaju wanted to lend a helping hand to society. So, a career in socialwork was always on his mind. 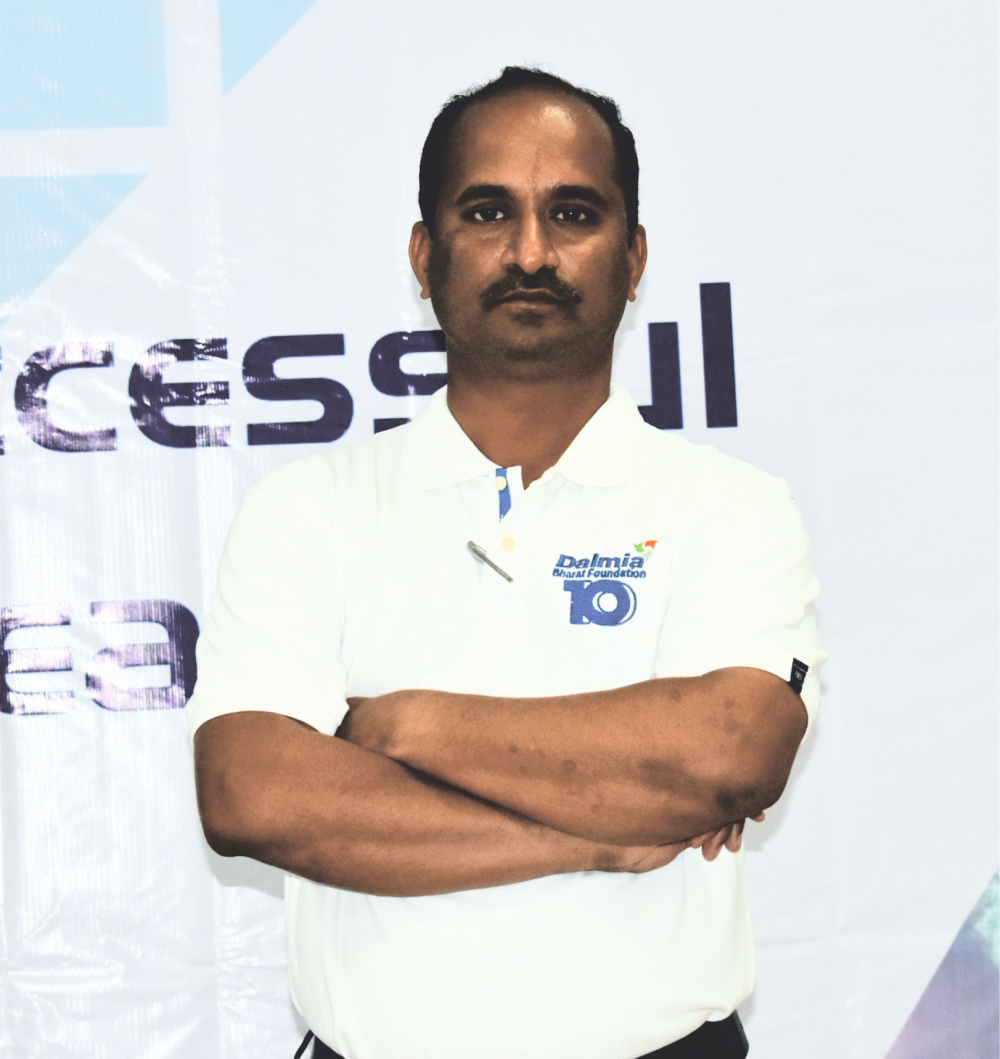 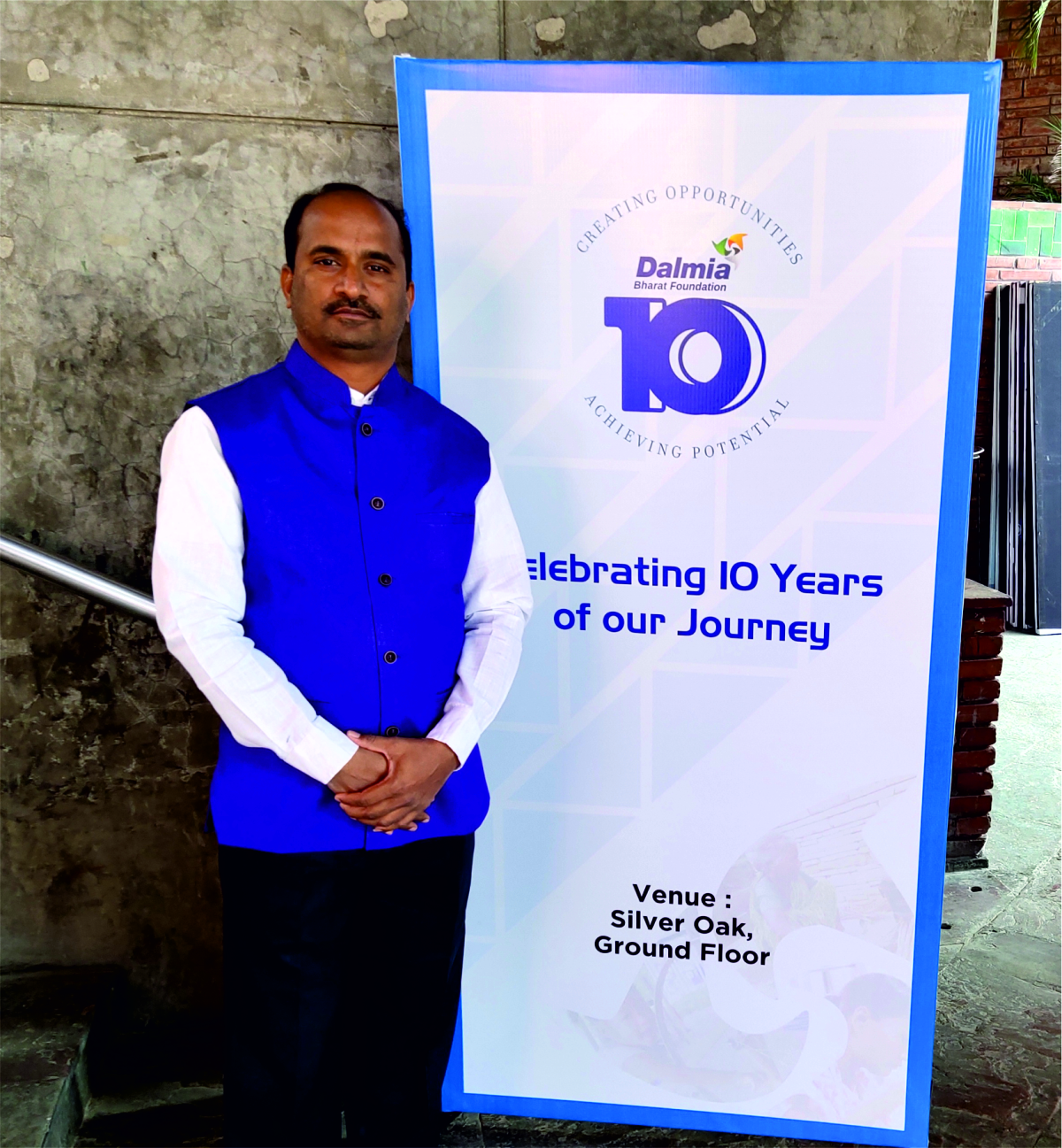 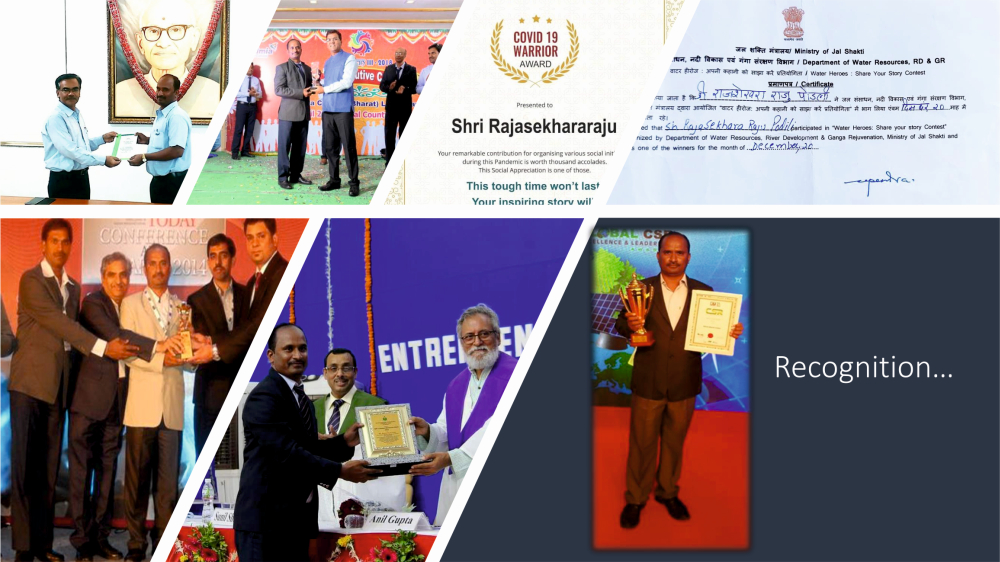 He heard about EDII’s PG Programme in Management of NGOs from a friend and was convinced about pursuing it but the decision was not easy for him as managing financial resources made everything appear bleak. His father took a loan to sponsor his education and also borrowed money from a friend to help him pay the fees. Rajashekhararaju took admission in Post Graduate Diploma in Management of NGO (PGDMN) in 2008 at EDII. He says, “It wasn’t easy as I had never moved out of my hometown and so adjusting at an entirely new place where the culture was so different from the place I came from was difficult but I credit the support that I received from everyone at EDII which made me feel at home in a few days. Language barrier also distressed me. But gradually everything started falling in place. I got the best exposure here. I saw field realities, worked there and got a chance to test my classroom learnings at the grassroots.”

Rajashekhararaju feels his life experienced a sea change at EDII. He worked hard at EDII, fared well and secured a good job for himself in the social sector.

He worked with EFFORT organization where he was team leader for NABARD project in Nellore for 4 years. He received rich experience here and understood the workings at the grassroots level. From here he moved up the ladder with a resolve to help society. He successfully worked with Ambuja Cement Foundation as Project Officer and then went on to become the Director of Bengal Gram Producers Company Ltd. From 2012-2020, he has worked as the Head of CSR in Dalmia Cement (B) Ltd for Belagavi (Karnataka) and Kadapa (Andhra Pradesh) regions.  Presently, he is working as Manager- Administration (CSR, CA and Sustainability) with Zuari Cement Ltd.

He says, “My father has always taught me to be grounded and I will always remember this learning. So while the awards encourage me, I make sure that I do not develop an orientation to work only to win awards, rather every award just increases in me the desire to provide to the underprivileged in a yet more effective way.”

Rajashekhararaju considers his family as his greatest strength and draws motivation from the way they take each day as it comes and step ahead with the resolve to make the most of a given day.  He considers hardships to have enriched his life by giving him experiences and the ability to think innovatively to deal with them.  A true social worker, he swears by integrity, trust and respect.

His vision is ‘to address as many social problems as he can so that the world is a happy place with a blurred difference between the privileged and the underprivileged.’ He signs off urging everybody to contribute in some way or the other to social wellbeing, “You don’t have to be a social worker to do your bit. Just try to spot a problem in the field of education, healthcare or any area which you believe in lacking in some way, and make your own small contribution. One day the results will be astonishing.”